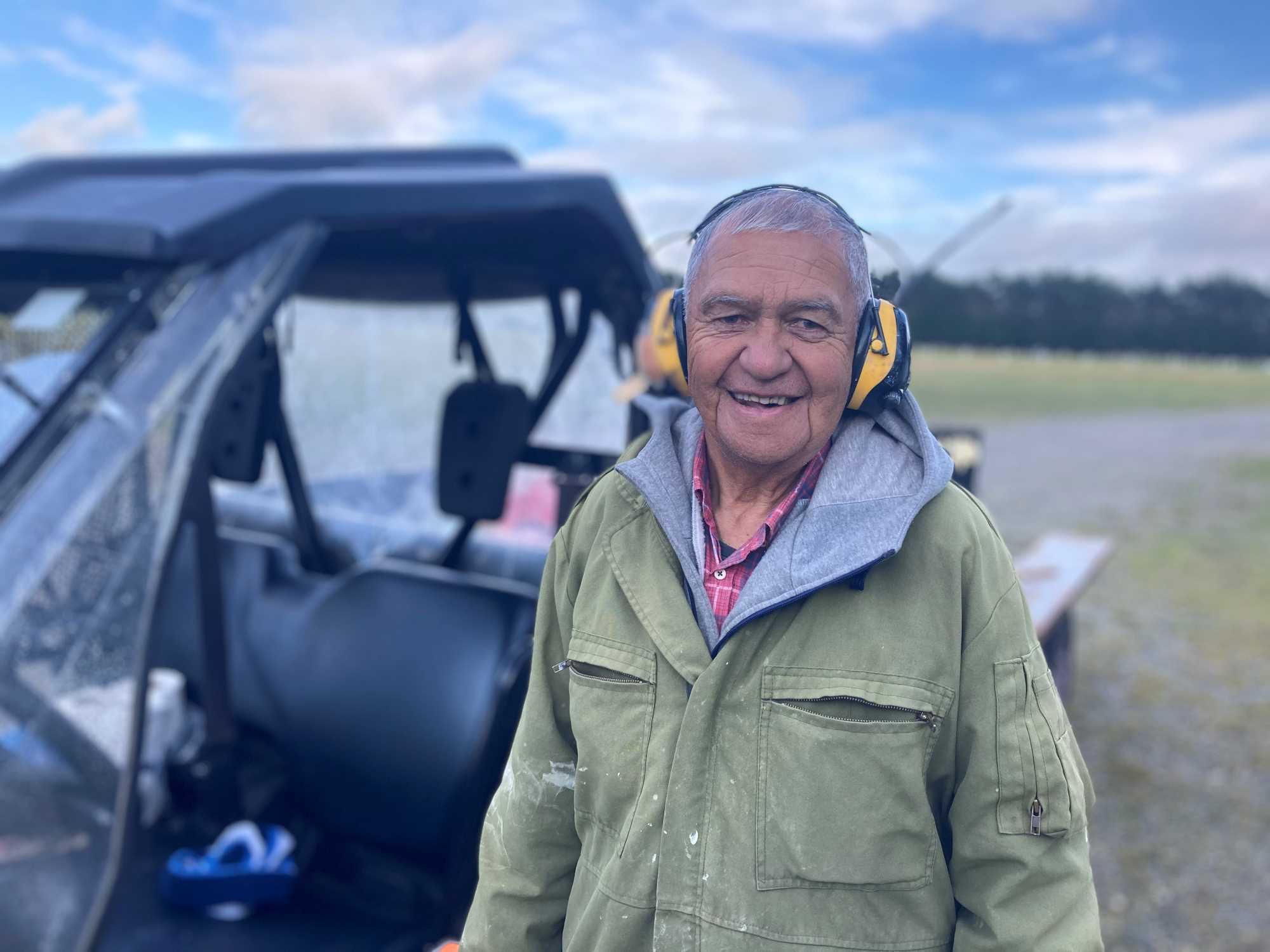 It began on the 28th July 1970. He was mistaken for a freezing worker who missed the bus when he turned up for his first day of of work at H & H.

"I was the first Maori Boy to be employed as a bus driver. I remember my first school run was for Ryal Bush School, since then I have at some stage driven all Southland schools but have spent a significant amount of time with Tisbury and Myross Bush, and in the early days Sacred Heart."

These runs made up 30 years of driving, plus a further 10+ years on the Waikiwi Service. Peter says the most important part of the job was the the families and communities he drove. "They will always hold a special place in my heart. I've carried three generations"

In 1971 Pete began transporting workers to the newly opened Tiwai Point where he spent many years and made many life long friends.

In 1972 his driving priorities changed and he became one of New Zealands most loved 'Rugby Bus Drivers'.

He has driven almost every team in the country, as well as the worlds best sides.

"Highlights from over the years have been 1977 Lions Tour, 1981 Springbok Tour, Australia, Scotland, Argentina Teams as well as the  Super Rugby Teams and visiting provincial teams. The Southland end of year bus trips were always a great time.  "

A pinnacle time for Pete was touring with Counties for five days along with his tour room mate, Tana Umaga.

Pete was also right in the thick of it when the Stags won the shield.

"Being able to show off the Ranfurly Shield in the front of the bus won by the Stags in 2009 was definitely something special."

Over the years Pete has done five North Island Tours with Touch Rugby and The Women's Division and numerous American Tours around the South Island.

"I feel privileged and grateful to be working for a company such as McDermotts and I thank them for their support over the past 23 years since taking over from H&H."

"I would also like to acknowledge and pay respect to the families of the many drivers I have worked with over the past 50 years that are no longer with us."

Peter has been a huge part of Rugby Southland and remains involved to this day as visiting team host and ILT Centrepoint Oreti Park Groundsman.

Next time you see Pete out and about, stop and thank him for all he has done, and continues to do for Southland Rugby.

Cheers Pete! You're a legend!